Slightly smoky and spicy roasted eggplant pureed with tomatoes makes a hearty base for couscous. Roasted eggplant, tomato, and couscous soup is a smoky, spicy twist on the regular tomato soup. 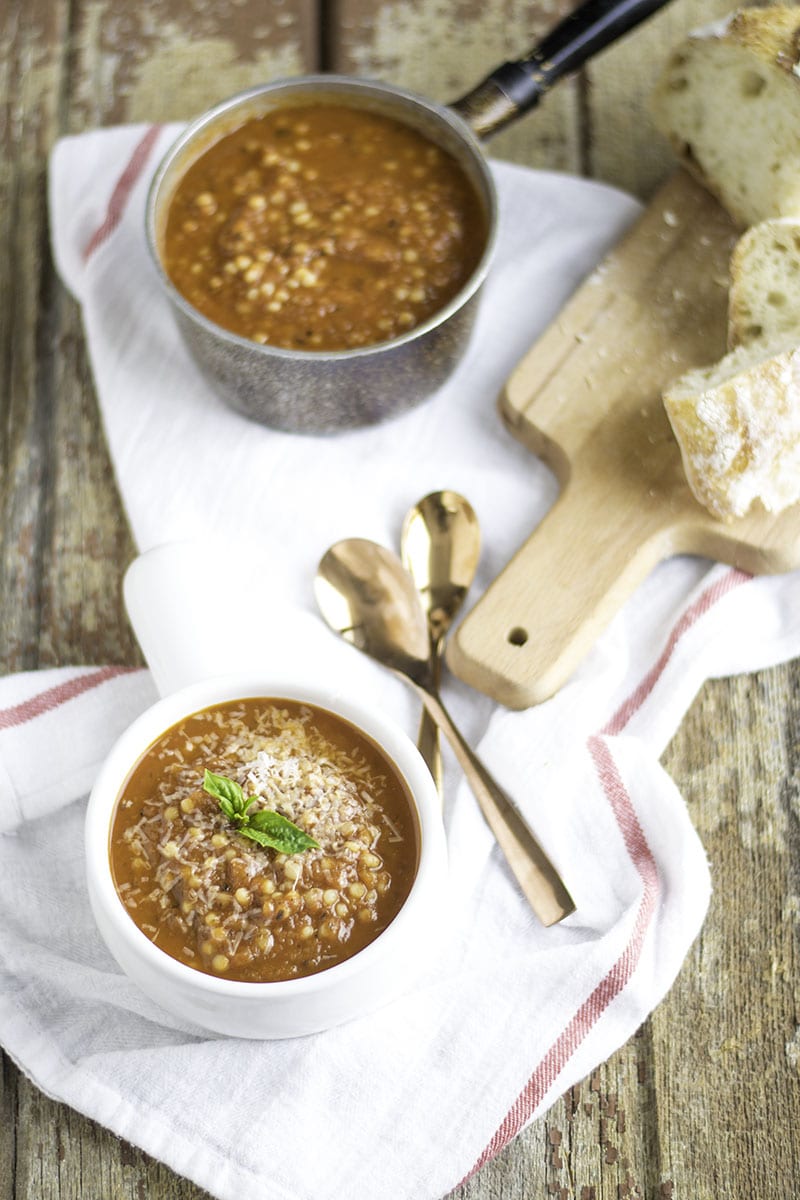 It’s official. I have a little boy on my hands. I mean, I was there for his birth, so I always knew he was male. It’s just now he is full blown boy. Let me explain.

He is all in on Star Wars, Batman, DC Comics (like he even fully understands what that is or means), and the Mighty Morphin’ Power Rangers. To me, this just skipped him into kidhood. No more little boy on my hands here.

He likes to plan battles and make these elaborate stories about who is fighting whom and why. He usually has several of the bad guys turn good, which I guess is a good thing. He can see the good in all people, even the bad guys like Darth Vader and Jabba the Hut.

So we are doing something right?

I am not going to lie, I kiiiind of hate it. I had always hoped he would be artistic and want to draw and paint with me. He is imaginative and creative, just not on paper. Playing Power Rangers and fake fighting is not my jam. But, like any other mom in this kind of situation, you grin and bear it and do it to make your kid happy, right? 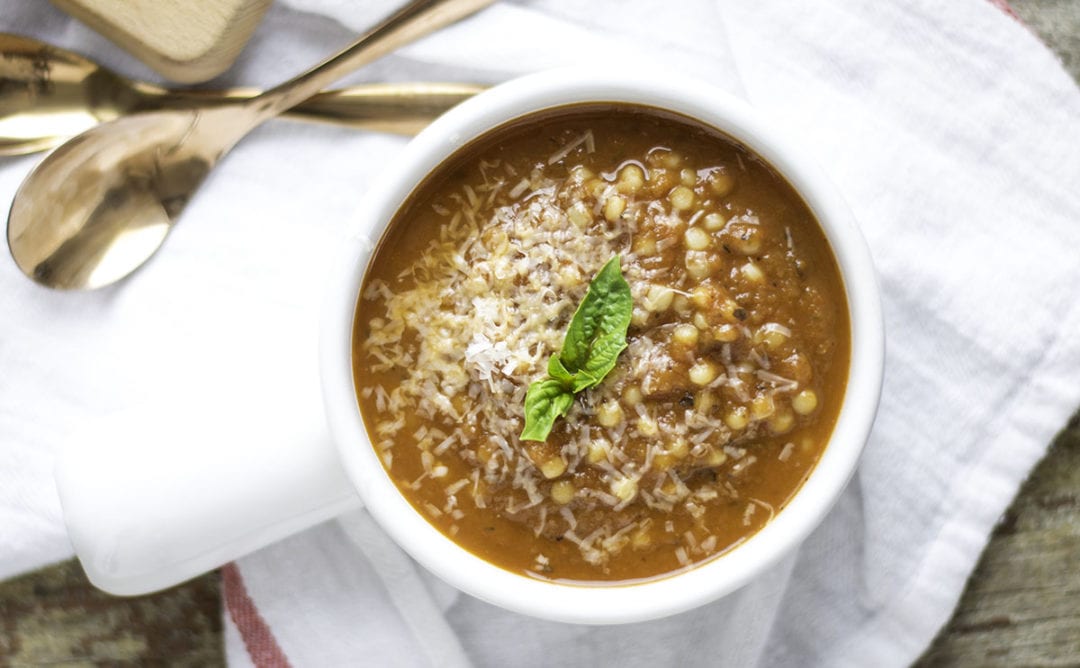 Luckily, all this super hero and Power Ranger lingo is not lost on me. I grew up with two brothers. Me and my middle brother were a little too old for Power Rangers when it came out, but my youngest brother was the perfect age for that show.

We would all get home from school, kick off our shoes and untuck our uniform shirts, then kick back and watch an episode together. Me and my middle brother would laugh at the fight scenes but our youngest brother just ate it all up. As weird as it was to look forward to that show, that time together created some of my best growing up memories.

Watching those old episodes with Andy now is hilarious. I texted my little brother to tell him we were watching it. My other brother has a son older than Andy so the Power Ranger phase has already swept his house. That show is so awful. It’s a good awful, though.

Whatever makes him happy—as long as he isn’t taking it too seriously. If only this soup made him happy. It did make Mike, the vegetable hater, happy. I guess I have to hope that if the evolution of boy shows goes cars, trains, and then super heroes, the food evolution has to sort of follow suit, right? 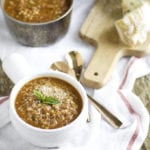 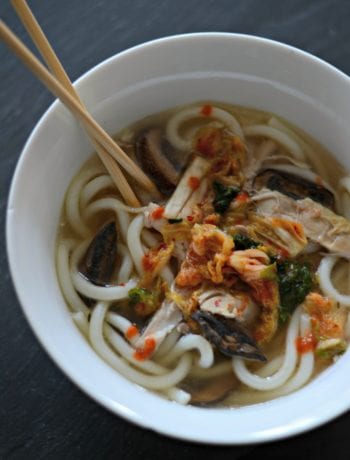 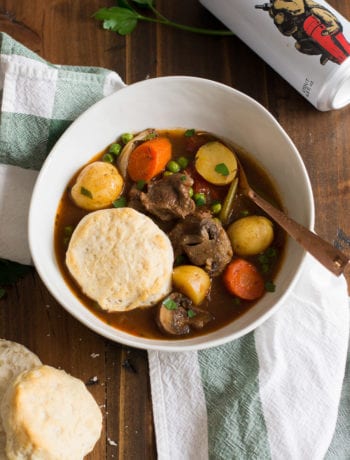 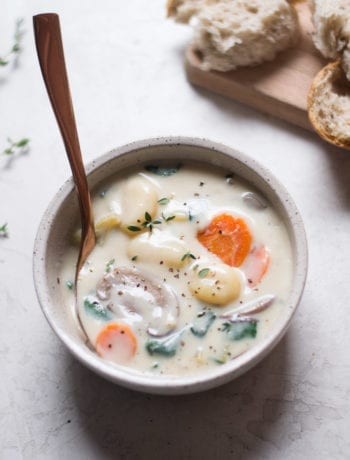