Lemon and orzo Greek salad is the best way to eat your veggies and pasta all at the same time. Traditional Greek salad ingredients tossed with a easy lemon vinaigrette and orzo is the complete meal! 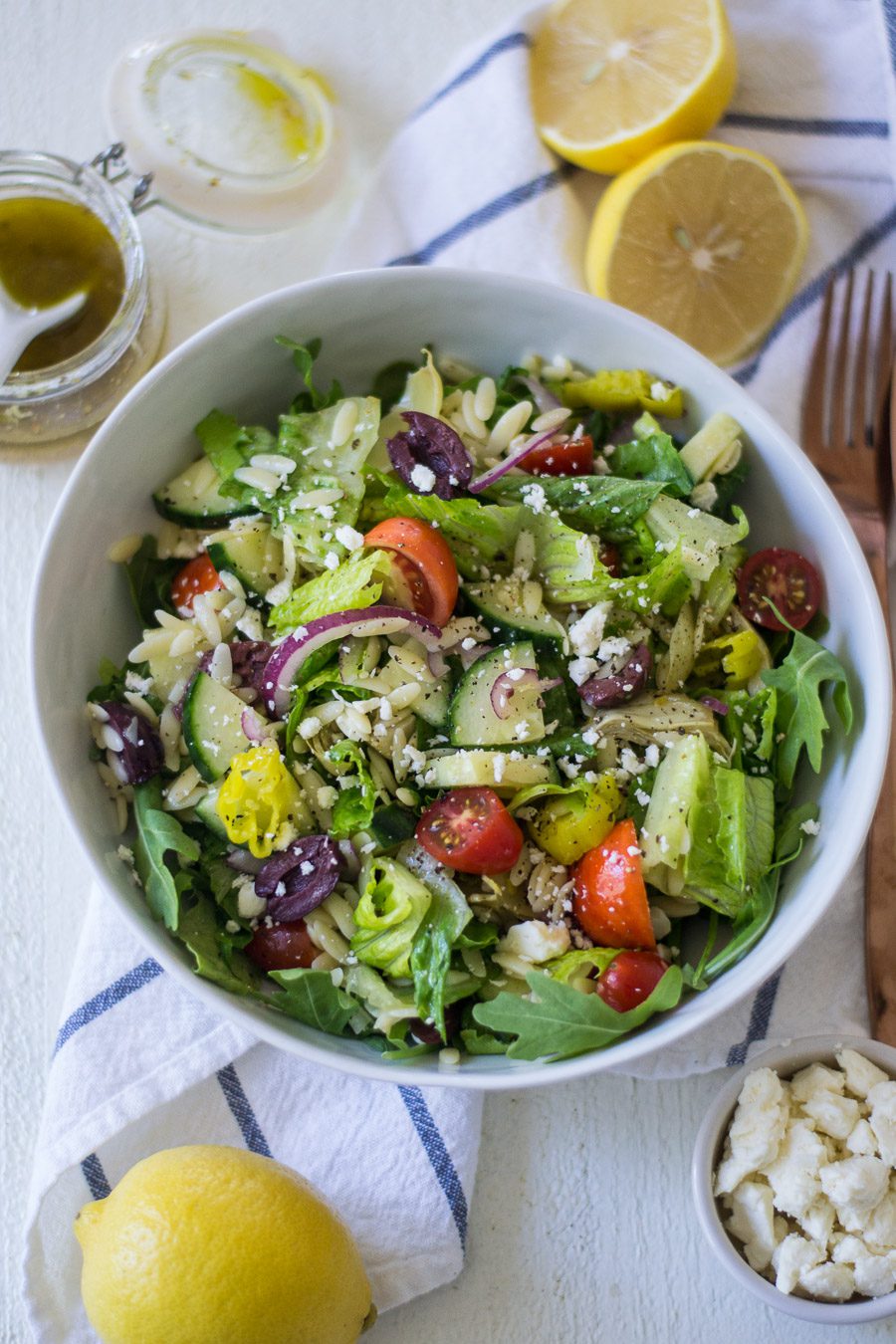 I figured I would share this sort of summery salad before it gets to fall-y.

This is the salad that I basically tried to poison Mike with for dinner the other night.

Poison is meant in a figurative not literal sense.

Those were literally his words.

I was the one that almost died of shock. 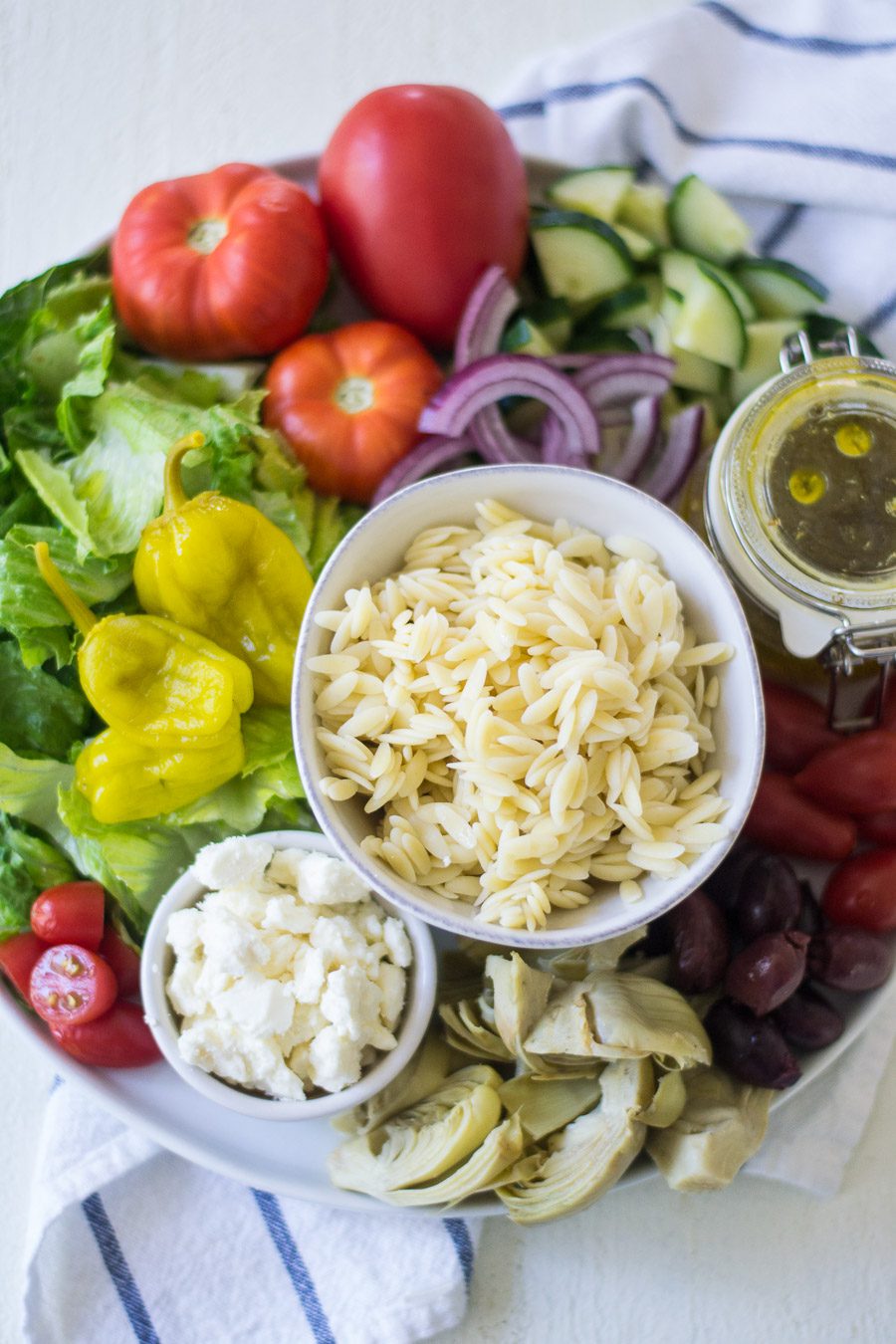 The man never wants a salad as a meal let alone a side dish.

He is not wrong. What isn’t to love about a big Greek salad?

Throw in orzo and how could I have been going wrong?

Here is what I crammed into my version of a Greek salad:

All the things! Give or take what you personally do not like to eat. 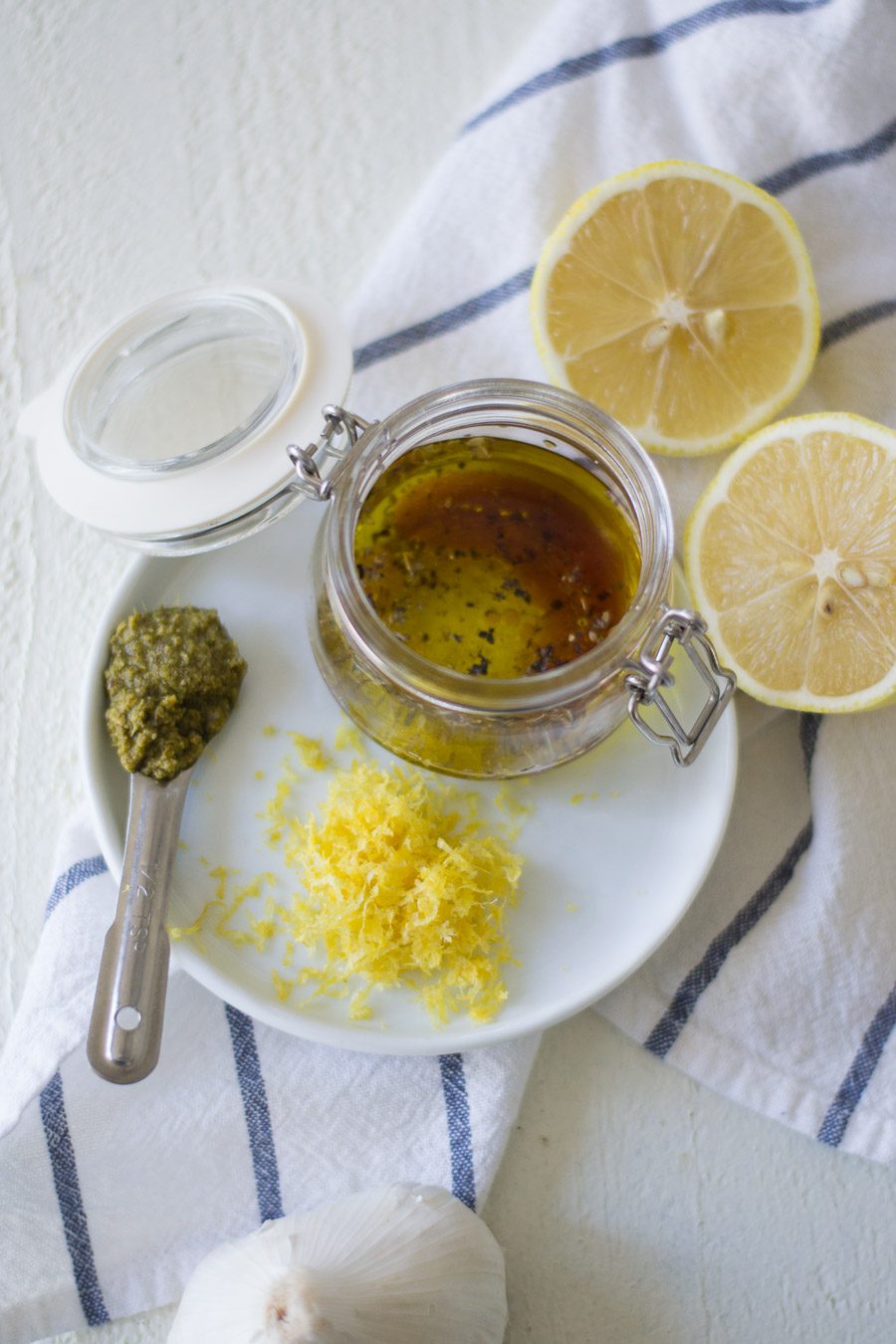 The vinaigrette is no where near a traditional diner Greek dressing.

The dressing will keep for a week or so in the refrigerator.

This salad was supposed to be a crowd pleaser.

I personally believe it to be.

Mike shoveled the salad into his mouth like I was holding a gun to his head. 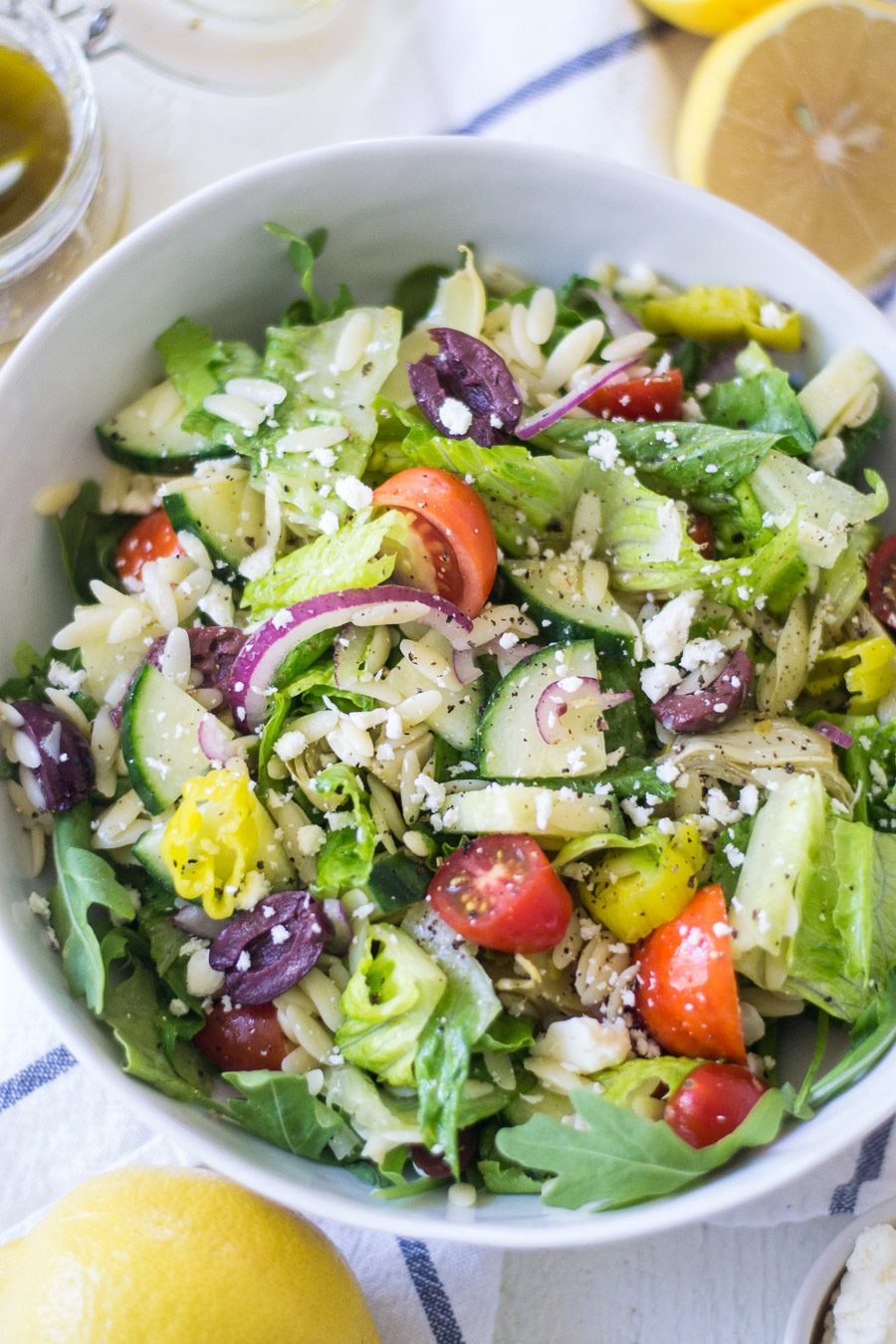 Then after he was done, he tossed the tomatoes from his salad into the garbage!

I would have gladly eaten the tomatoes!

Do not listen to him. This salad rocks.

Make it and you will see for yourselves!

If you are making the salad ahead of time, cook the orzo and keep separate int he fridge. Keep the vinaigrette separate as well in the fridge. Add the tomatoes, cucumbers, olives, onion, artichoke hearts, pepperoncini to the bottom of the salad bowl. Place a paper towel on top. Add the lettuce and arugula on top and store in the fridge uncovered until ready to serve. 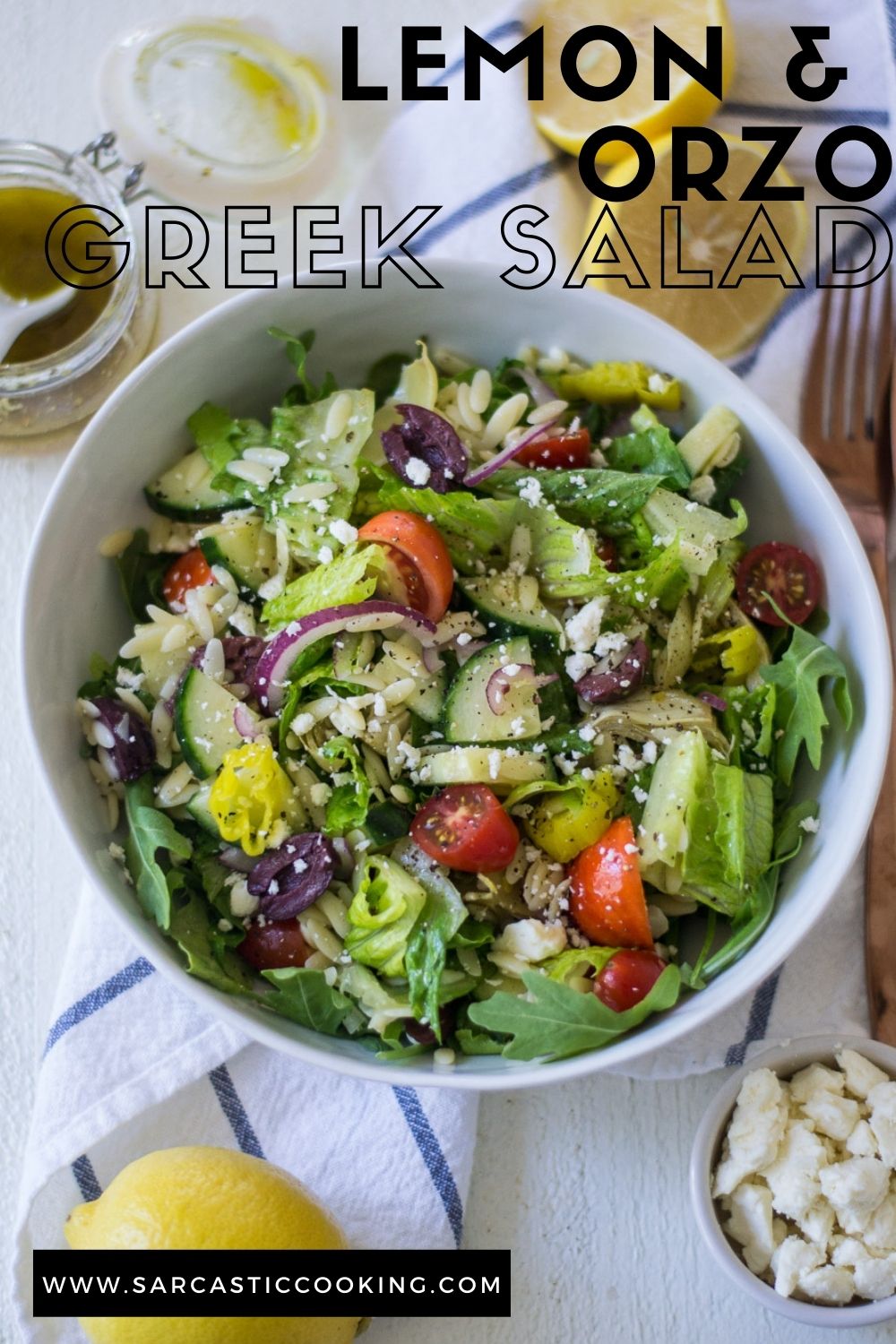 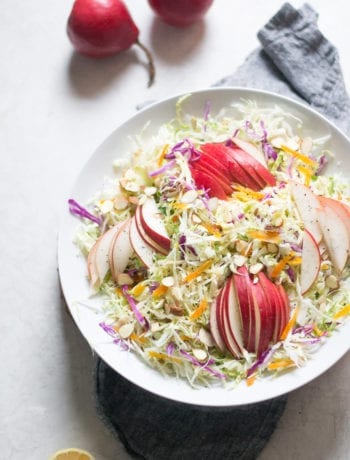 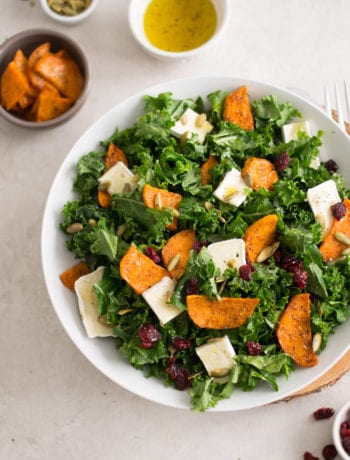