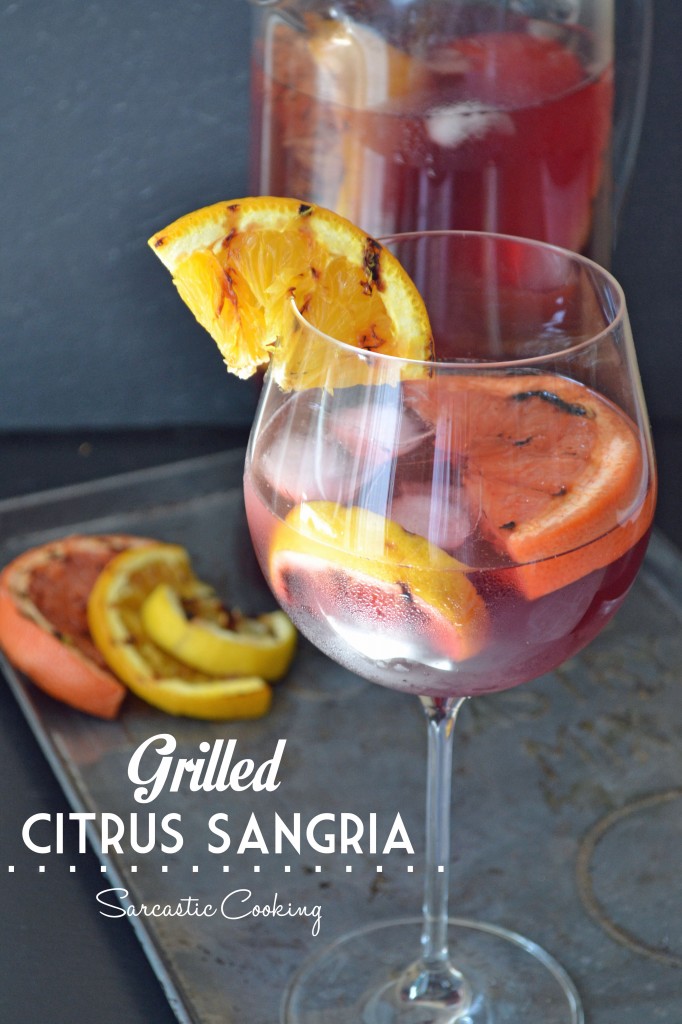 A while ago, Mike and I went to the prettiest beer garden and burger joint ever. It was one of those rare summer days where we felt like trying something new. Ya know back in the day when we still wanted to go out on dates all the time?

Mike and I originally went for a beer, a burger, and to sit in the beer garden, but when I saw a bunch of other tables enjoying the large pitchers of sangria, I knew we had to try it. Mike, being the good partner that he is, abandoned his hoped for a tall frosty beer and went with my fruity lady drink instead. I really didn’t have to try and convince him too much since it was on special. 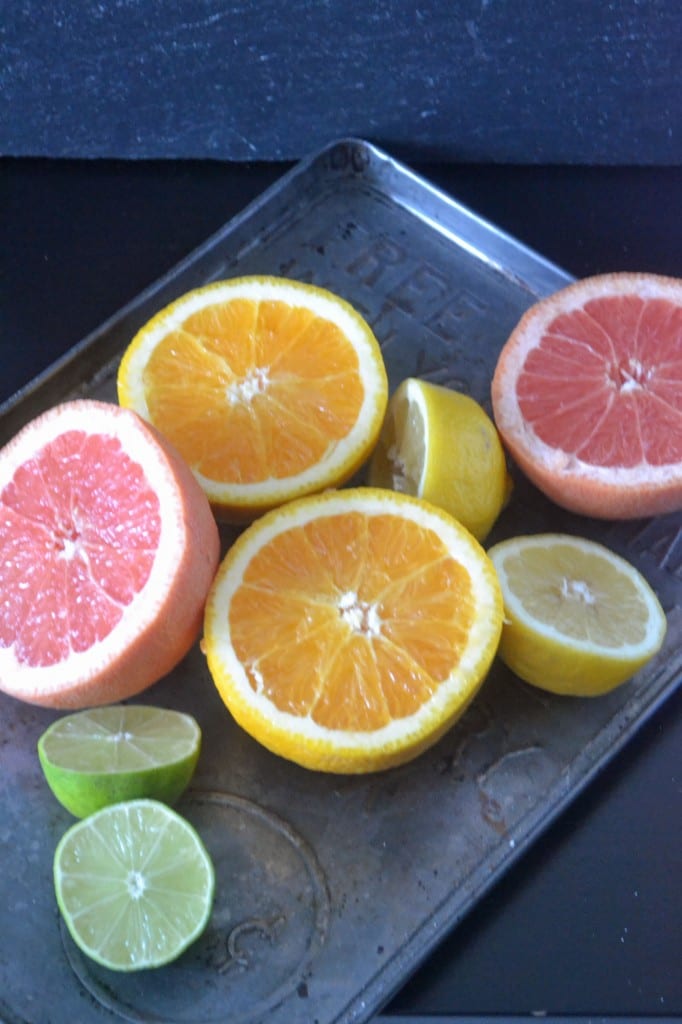 Our server came with a big pitcher of sangria. Floating in the pitcher were tiny bits of diced fruit. If only I had a picture of the sangria…but this was pre Instagram and iPhone days. The drinks just went with the ambiance a lot better than a couple of beers. 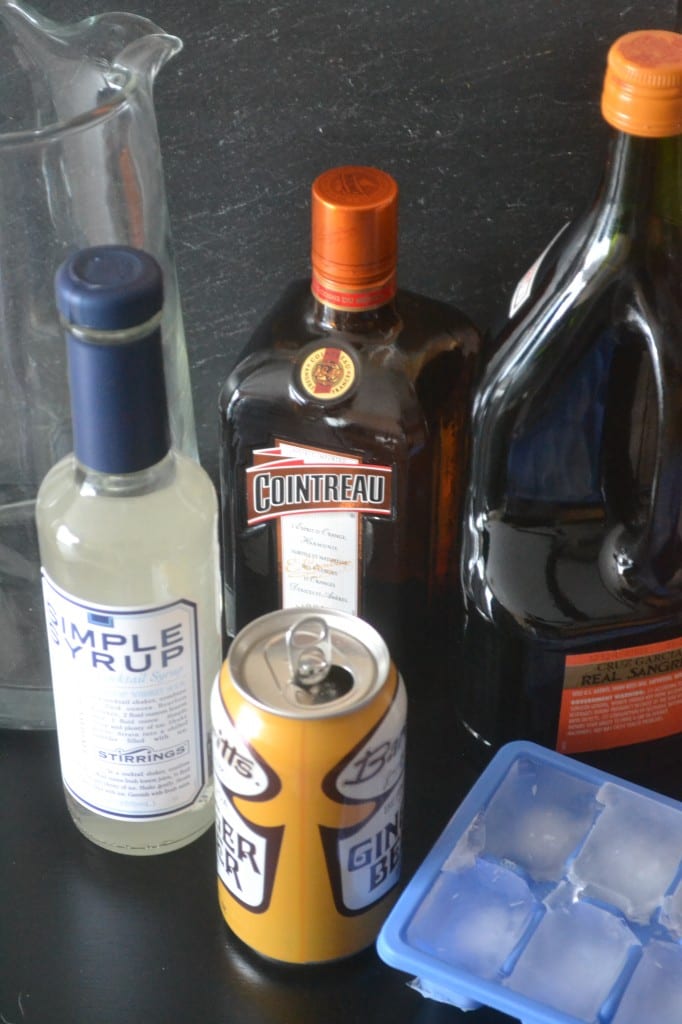 We were having a wonderful time; enjoying our drinks and eating the simplest yet tastiest cheeseburgers. About halfway through our date I noticed half of Mike’s face was becoming redder and redder. It was like I was on a date with Two Face all of a sudden! I tried not to overreact (Mike may say differently), but I asked him if he felt ok and “What is wrong with your face?” Mike rushed to the bathroom and came back with no explanation for his face.

He started drinking water and went back to rinse his face off with cold water. We stopped at a Walgreens for some Benadryl. After a few more glasses of water, and much red face discussion, we decided it must have been the sangria. I felt fine and kept drinking my perfect summer drink whereas Mike ordered what he wanted originally, a tall frosty beer. 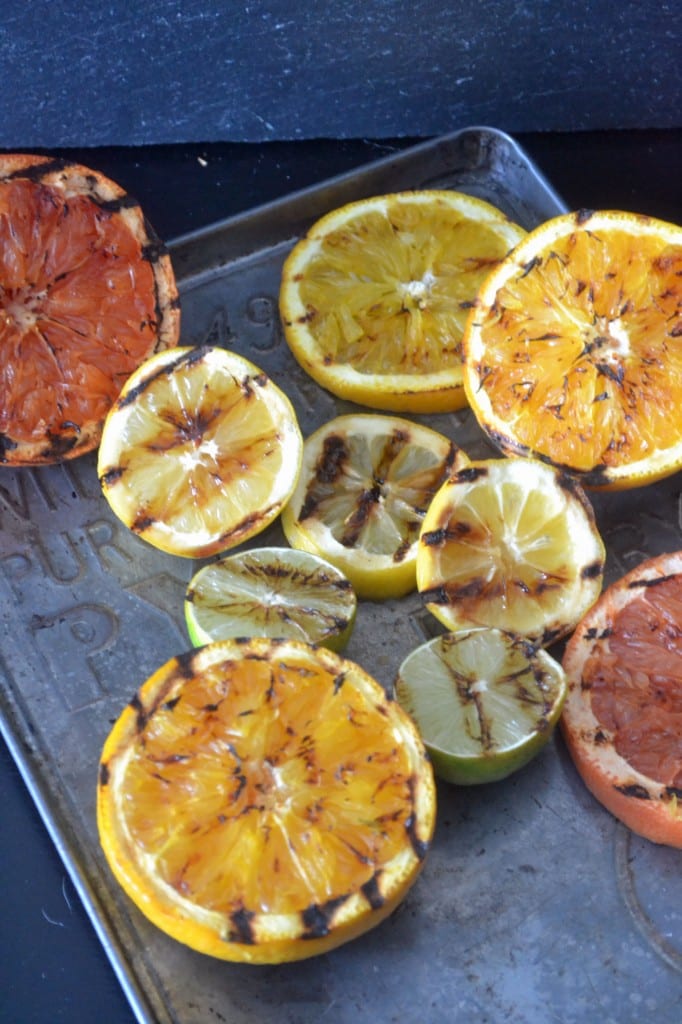 We had a good laugh and still have a good laugh every now and then thinking back on this date. Because, aside from the allergic reaction, it was a pretty amazing summer date. Mike has never really had sangria since then unless I make it at home. I say it is out of fear of Two Faced-ness, but he says otherwise. I, however, still carry the sangria torch on for the two of us!

During the summer, you can always count on somebody to make sangria. It is so delicious! I know you may be looking at these grill marks on the fruit and be thinking that I have lost it, but I swear I haven’t. Well, not officially. Grilling the fruit not only adds a hint of smokiness to the sangria, but it also helps to release all the fruit juices. This is a new spin on a classic and one that I think will be the talk of your next summer party. 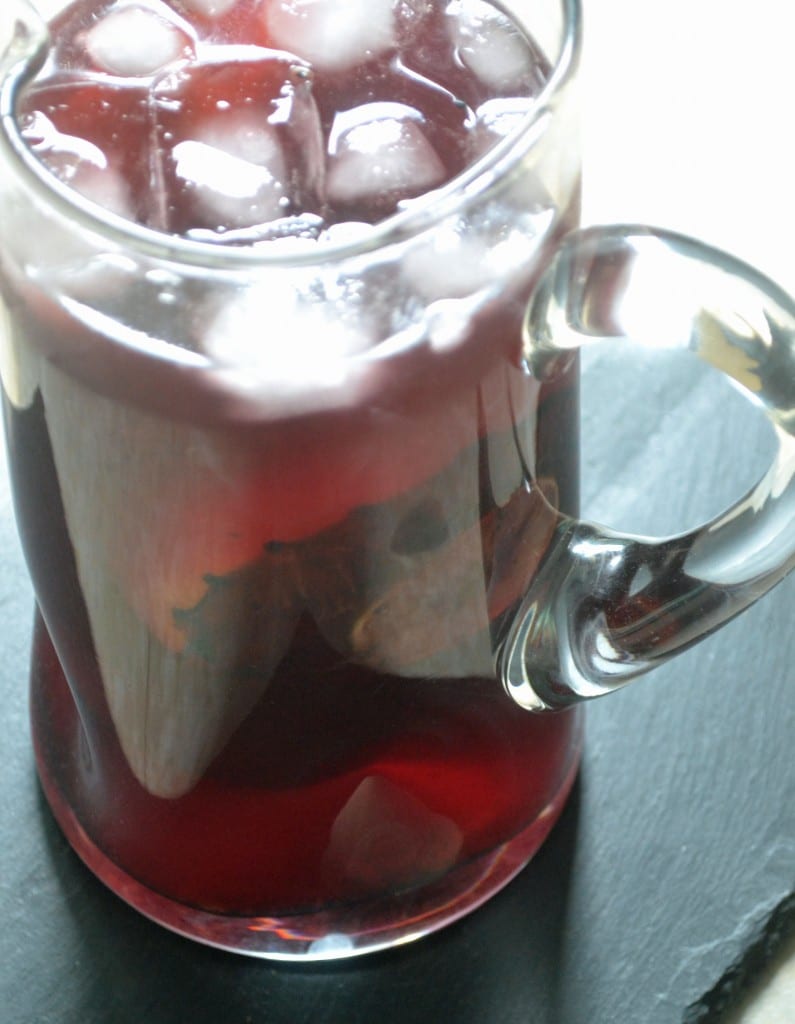 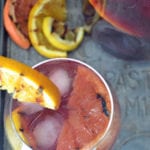 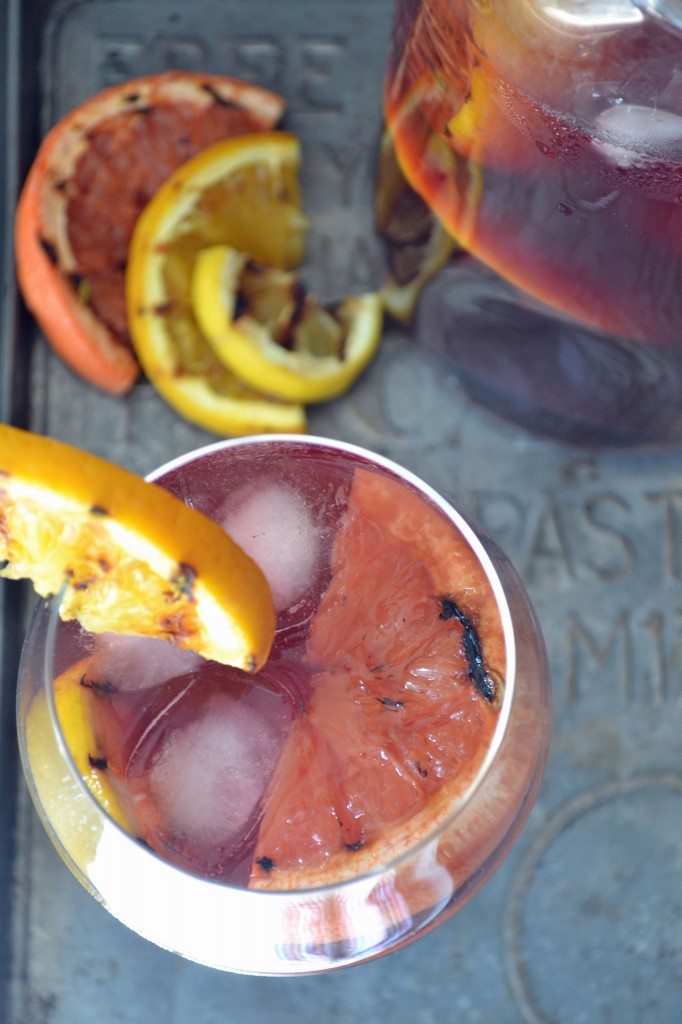 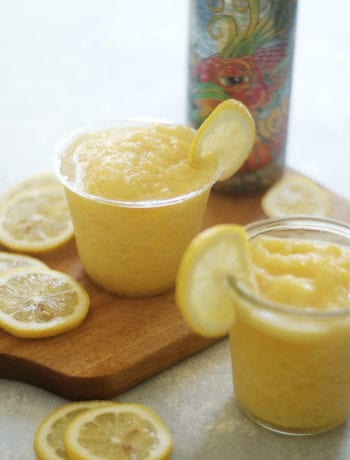 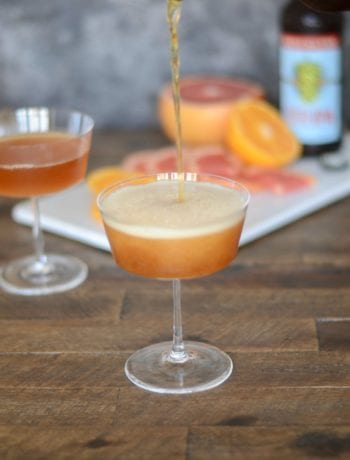 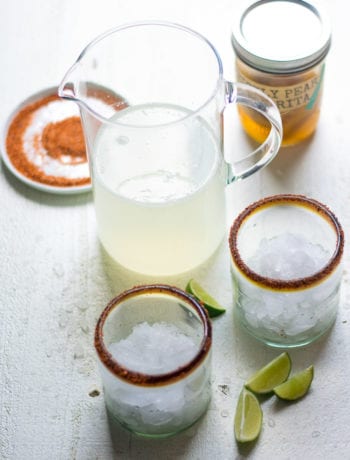