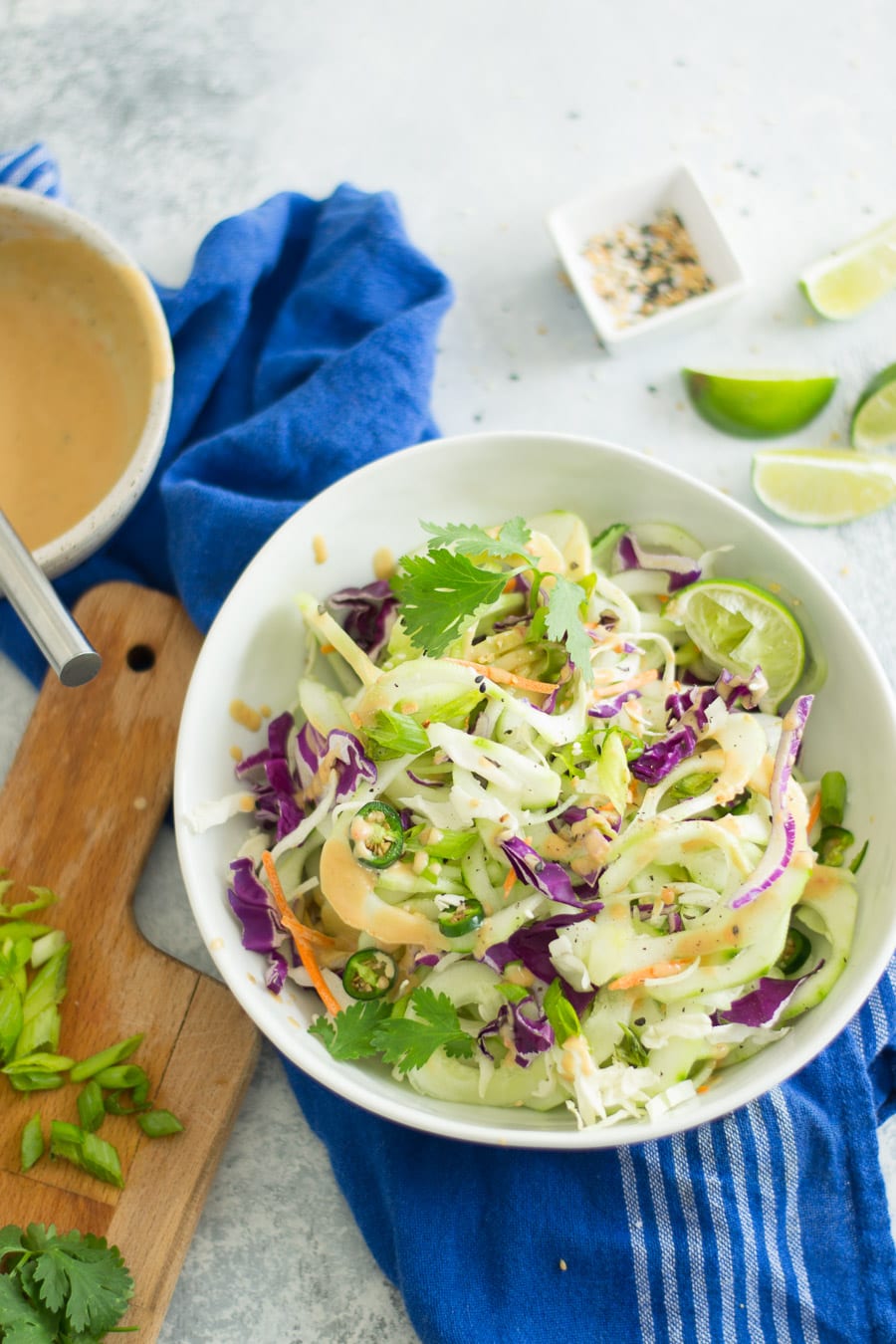 Nothing is over until we decide it is! Summer forever. Or at least for two more weeks. Am I right? Let’s soak up all the sun and summer bounty before everything dies, including part of our Midwestern winter souls.

According to my summer Grinch of a father, summer is over—or he just got really sick of the cucumber plants taking over the garden and ripped them all out of the ground. RIP Audrey II, the cucumber version. You served us well.

Before my dad’s act of rage, I was able to knock out a new favorite salad. Cold Thai cucumber noodles salad is made with spiralized cucumbers.

Sorry to those of you who thought there were really carb-loaded noodles in this salad. 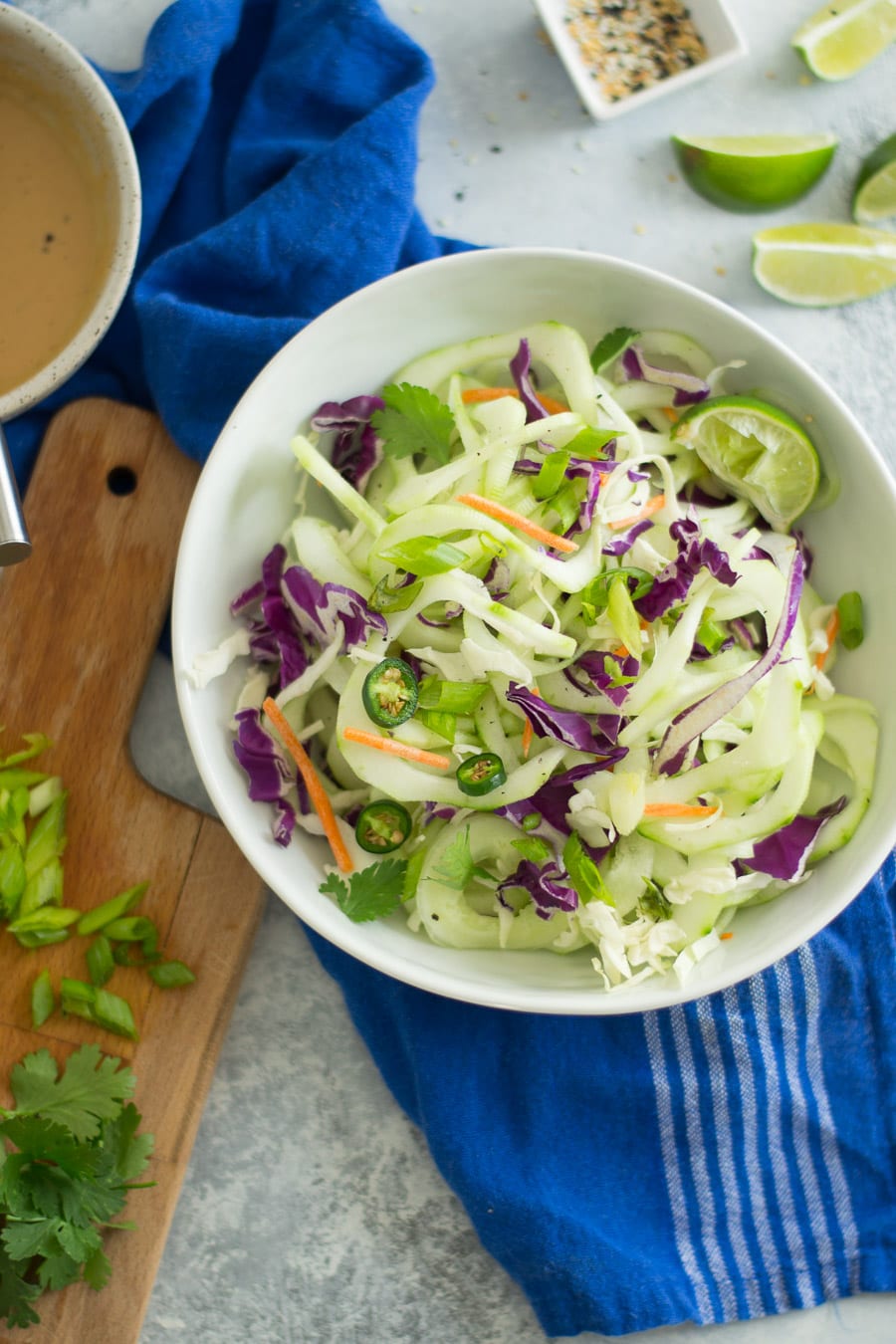 I can understand your disappointment. I often times stare into the abyss of a marinara topped bowl of zucchini noodles and wish they were regular noodles. I know switching out a vegetable for a carb is always a good choice. It just isn’t the same.

But this is a salad! This is where vegetables actually belong, so quit your bellyaching!

Cold cucumber “noodles” tossed with cabbage, some green onions and a light, slightly spicy, peanut salad dressing. The crunch in this salad is out of this world. Give me something with a good crunch and I can munch forever. Truly. 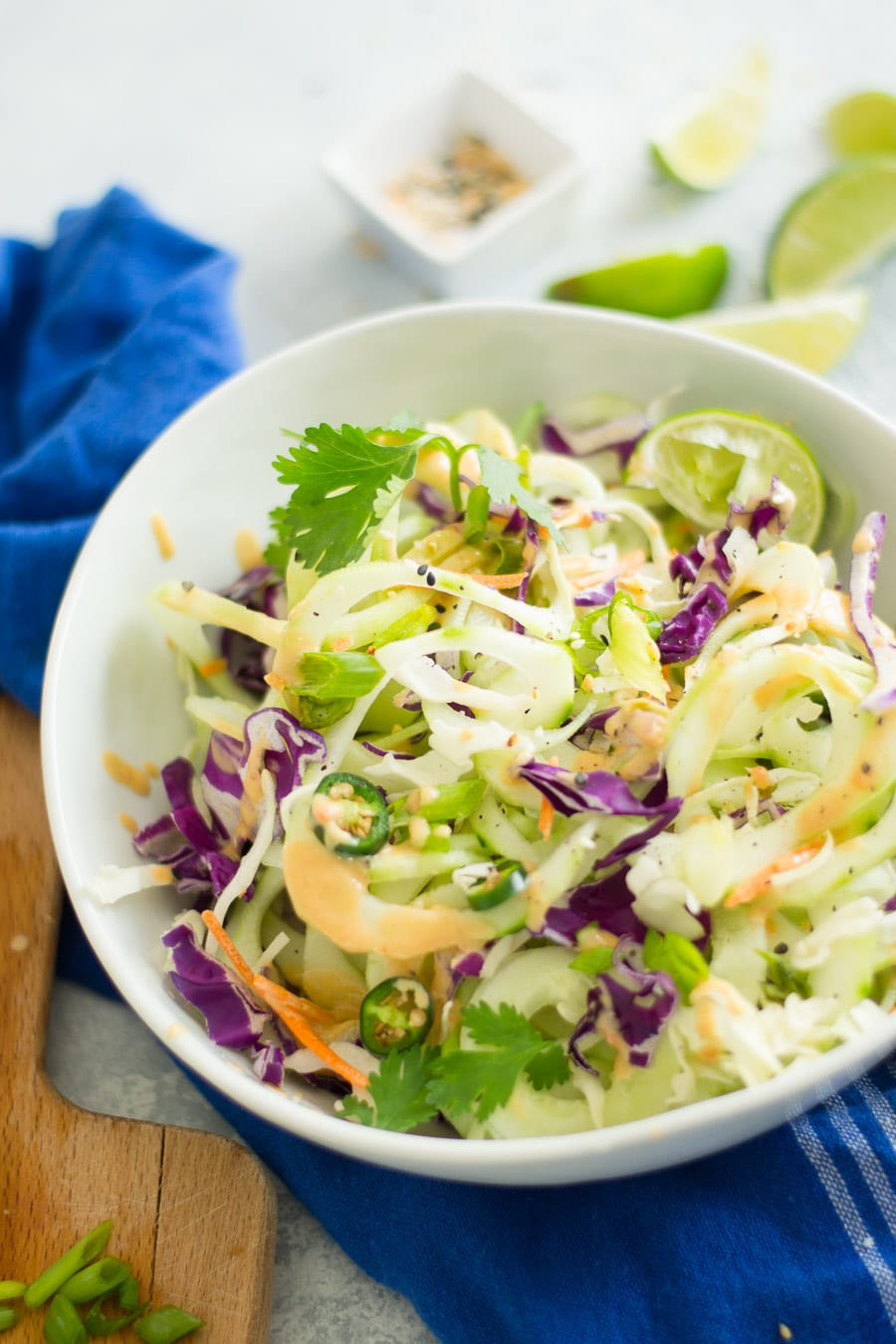 While I was photographing this I forgot to add a crucial topping: chopped peanuts!!! Cold Thai cucumber noodle salad is still good without the peanuts, but that extra level of crunch is kinda nice. 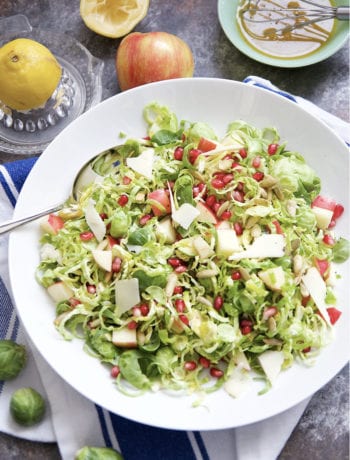 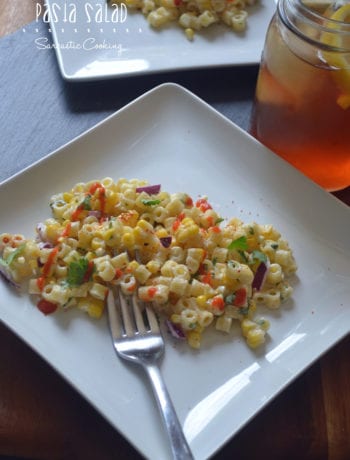