Bacon and potato chowder is a creamy and decadent winter soup. Loaded with bacon, bitesize potatoes, celery, and onions in a creamy cream cheese-based broth. It is not for those on a diet. 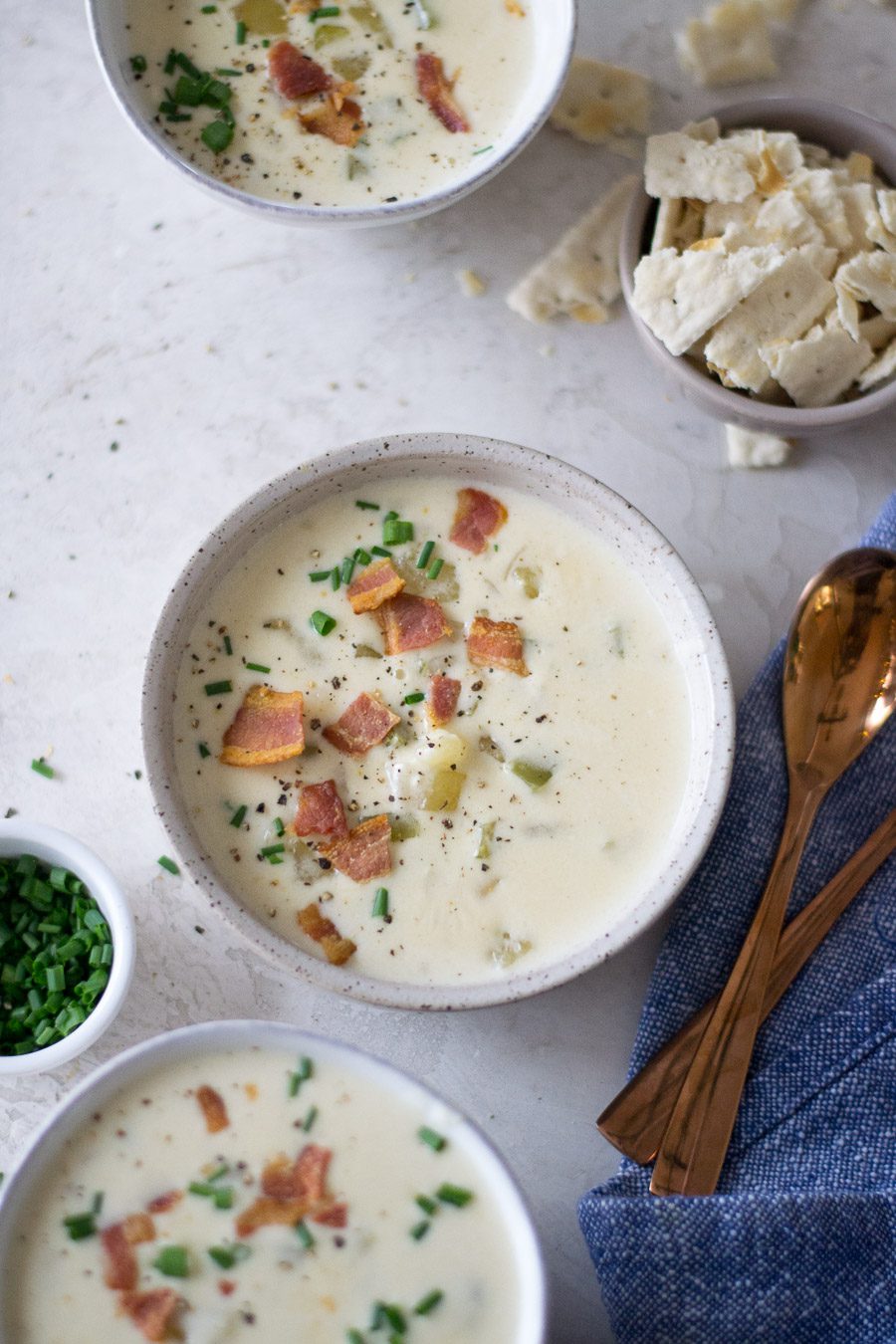 Every time I read or hear the word chowder, I think of The Simpsons.

I was originally setting out to make a clam chowder but something about canned clams and clam juice made me take pause.

Not that there’s anything wrong with those things.

I just wasn’t feeling it.

Potatoes are pretty cheap and plentiful, so I went with those.

It is similar. Instead of shredded cheddar, I use a little cream cheese to make the soup velvety at the end.

The soup starts with crisping up some bacon. 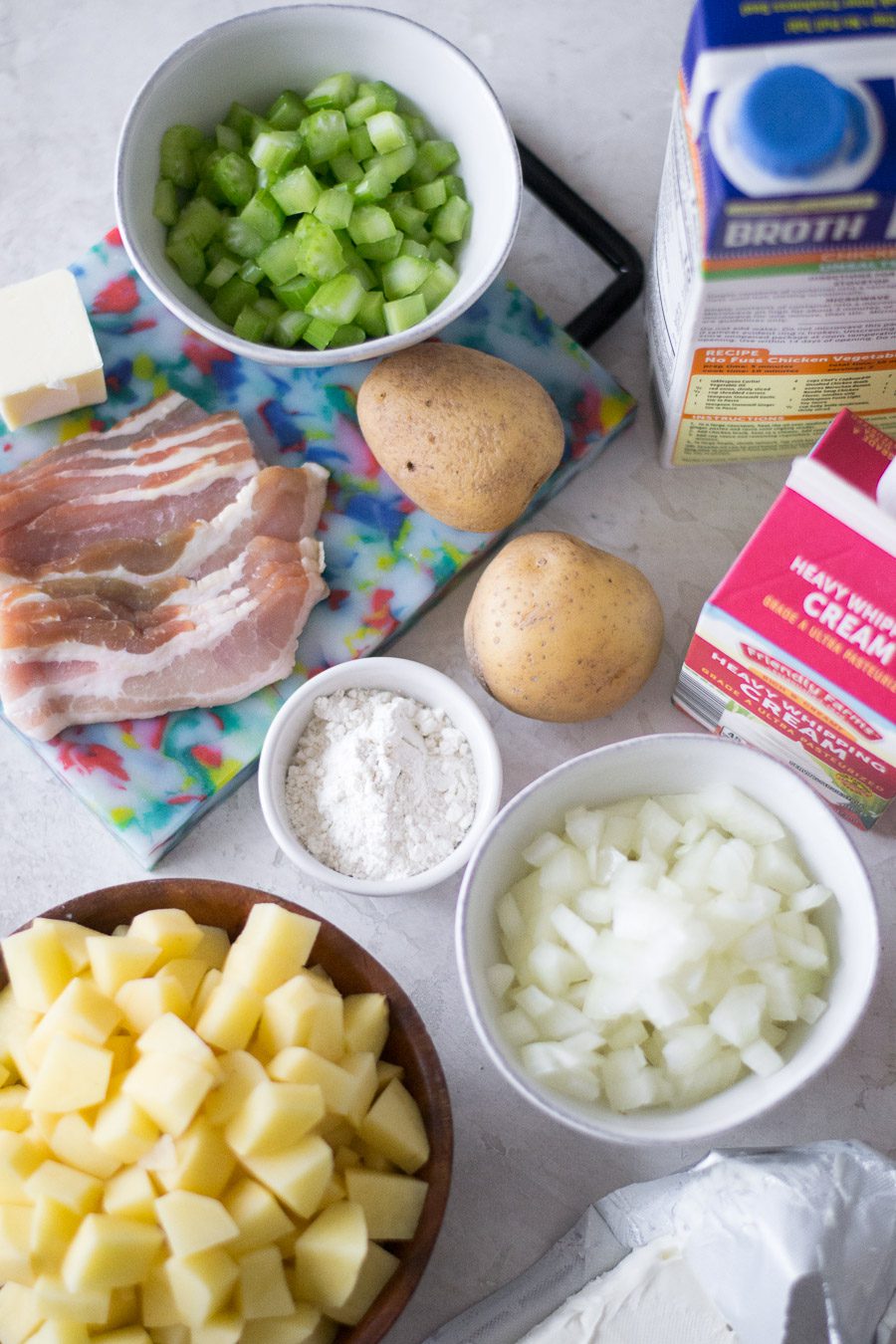 Add in some butter and then sauté up your celery, onions, and potatoes.

You should only cook them until the onions are soft and translucent.

Next, add in a little flour for extra thickening power.

The chicken stock gets added in next. The potatoes get a 10-15 minute simmer until they are nice and fork tender.

Add in the cream and cream cheese.

Keep stirring and simmering until all the cream cheese melts into the soup seamlessly.

Once the soup is thick enough to your liking, take it off the heat. 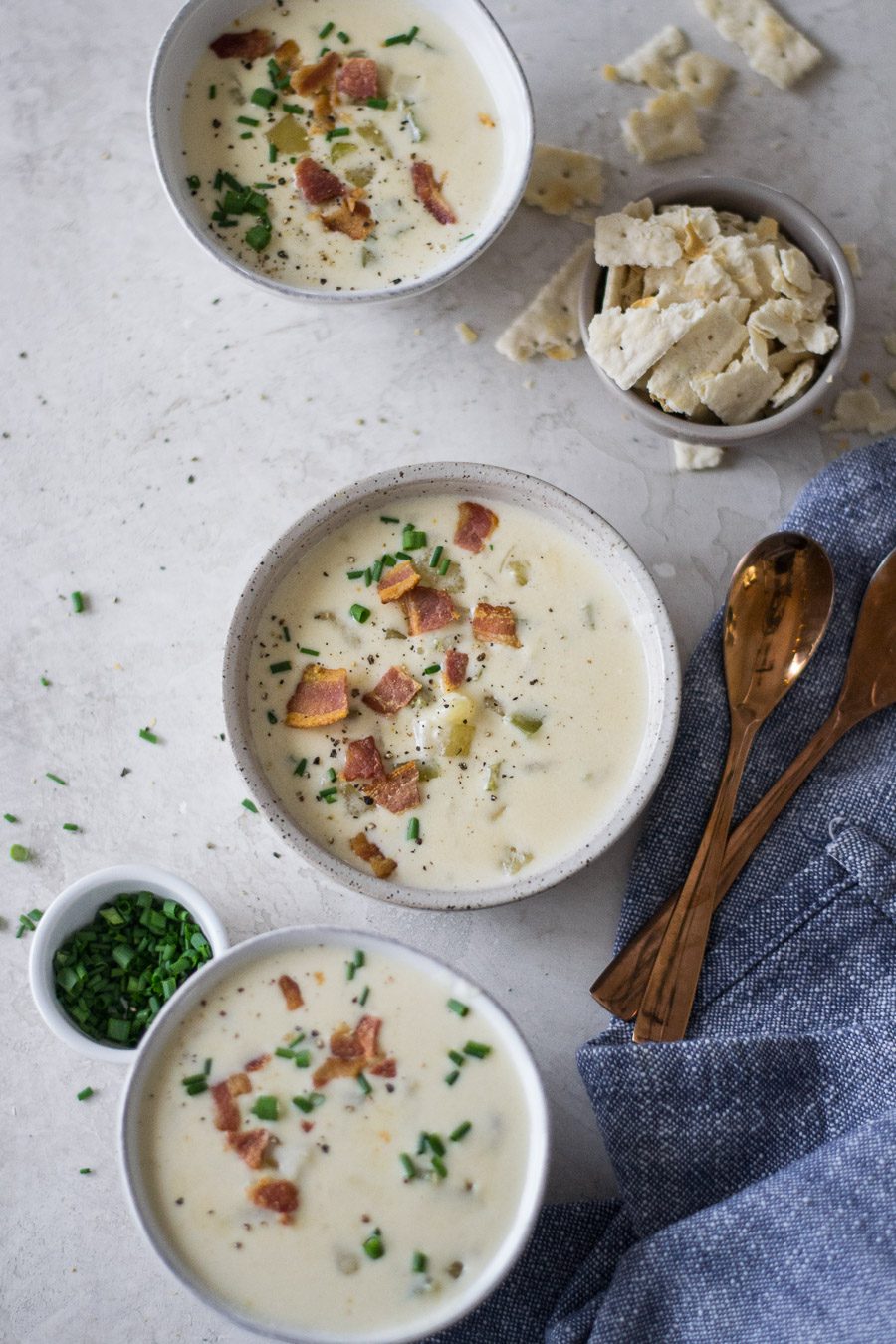 Serve up big bowls of soup with lots of crackers, a few grinds of black pepper, and a big pinch of fresh chopped chives.

It is not for those of you/us on diets.

Which means bacon and potato chowder is the perfect cozy winter chowder.

If the bacon gets too cold while the soup cooks, add it to the microwave for 20-25 seconds to warm and crisp it back up. 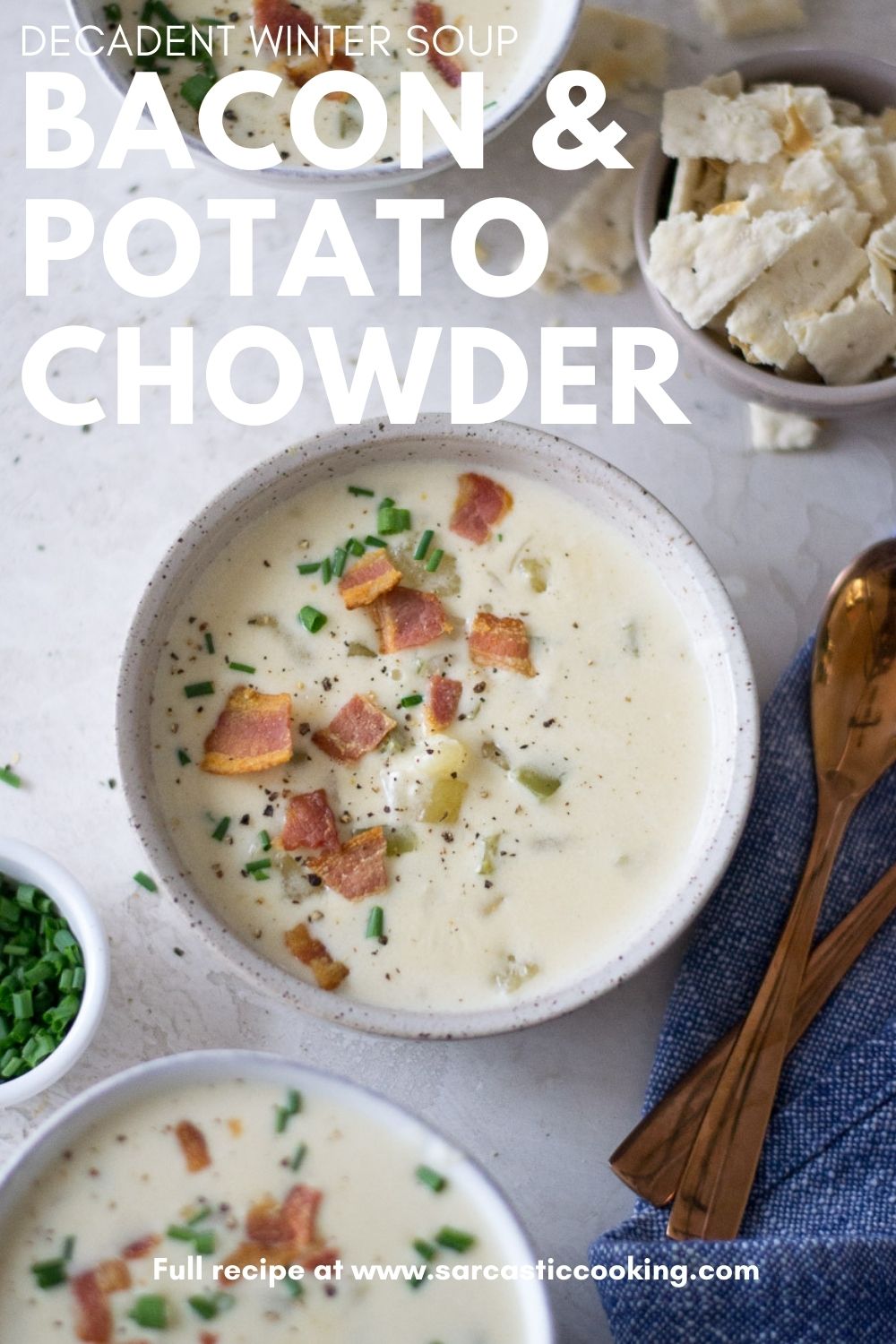 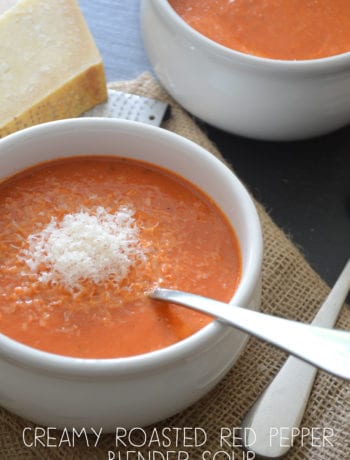 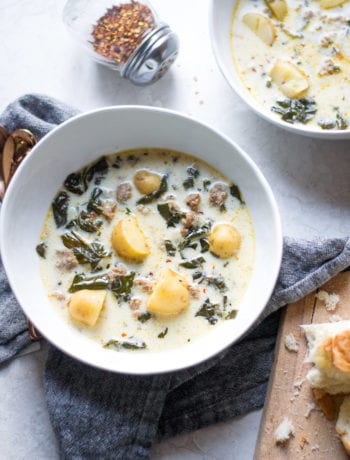 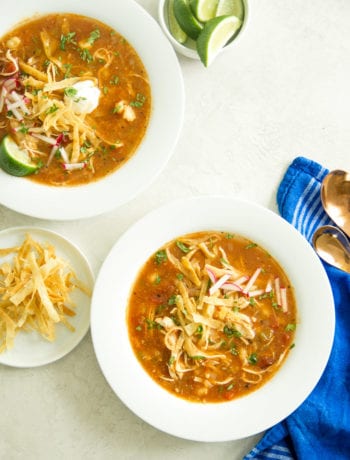