Ratatouille stuffed shells are filled with bell peppers, eggplant, tomatoes, onion, and zucchini. They are slightly sweet and baked with a little cheese until golden and crisp. 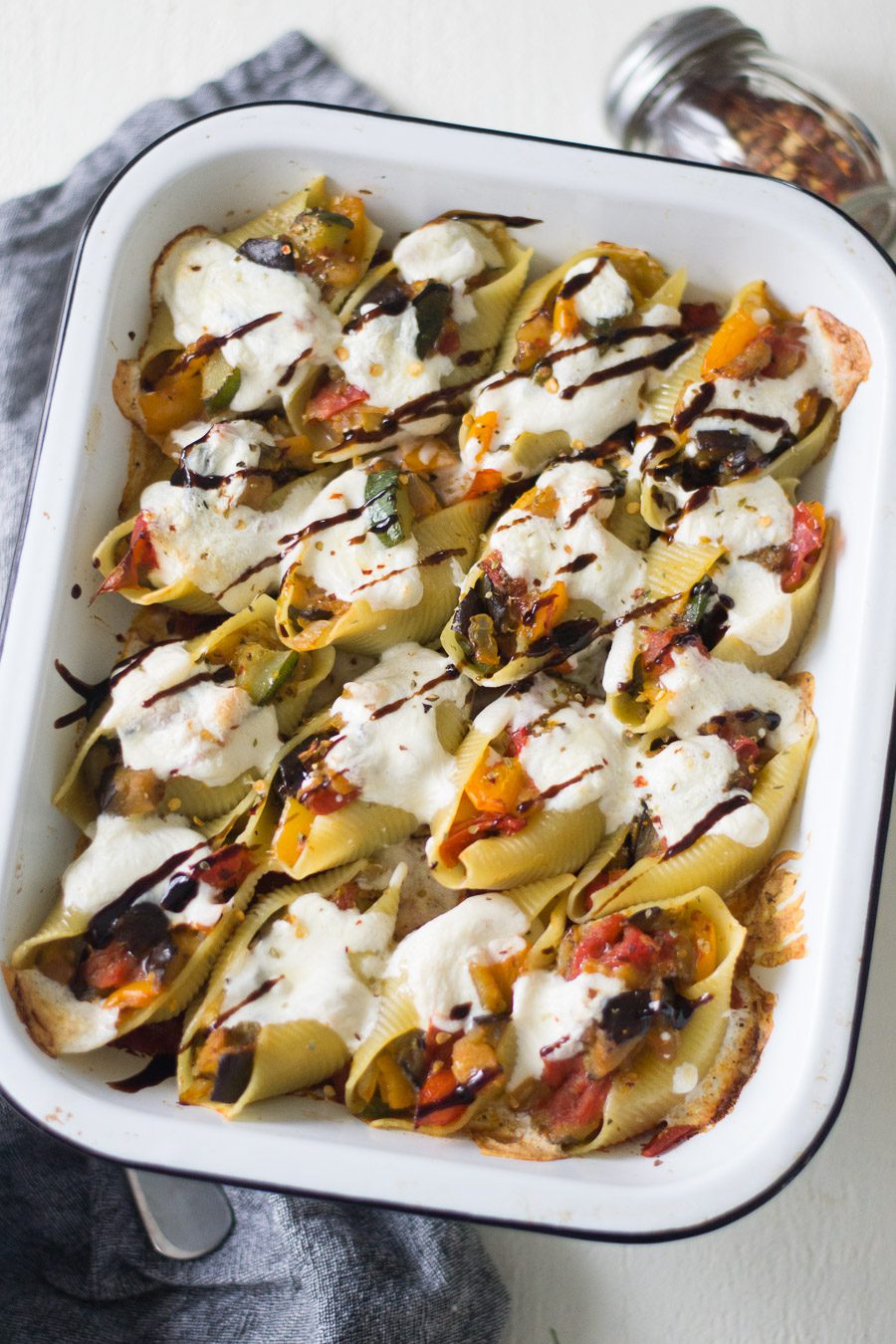 Oof! What a past week it has been in this house.

Jack got hit with a bad virus that spiraled into a sinus and bronchial infection.

I have been playing nurse the last week.

It also goes without saying I have been living on coffee and Halloween candy to help me survive the days.

I hope you guys are all well during this weather and season shift. 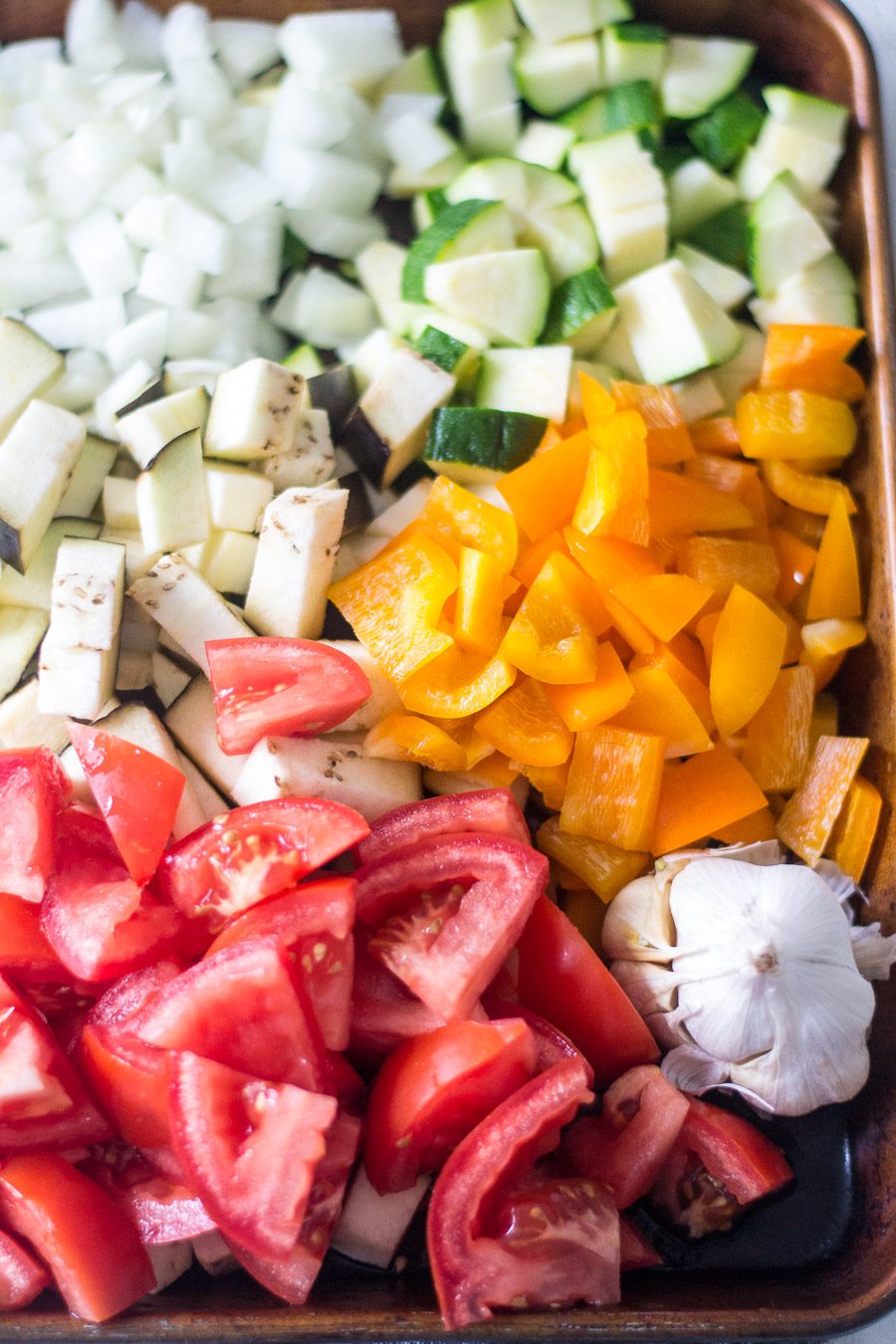 A hearty and not too complicated dish to make or freeze for a rainy/sick day is ratatouille stuffed shells.

In fact, I wish I would have froze some instead of giving them to my parents.

Ratatouille is a French Provençal dish of stewed vegetables.

The vegetables traditionally found in ratatouille:

I have done all different kids of ratatouille; a casserole version, skewers, and even lasagna roll-ups. 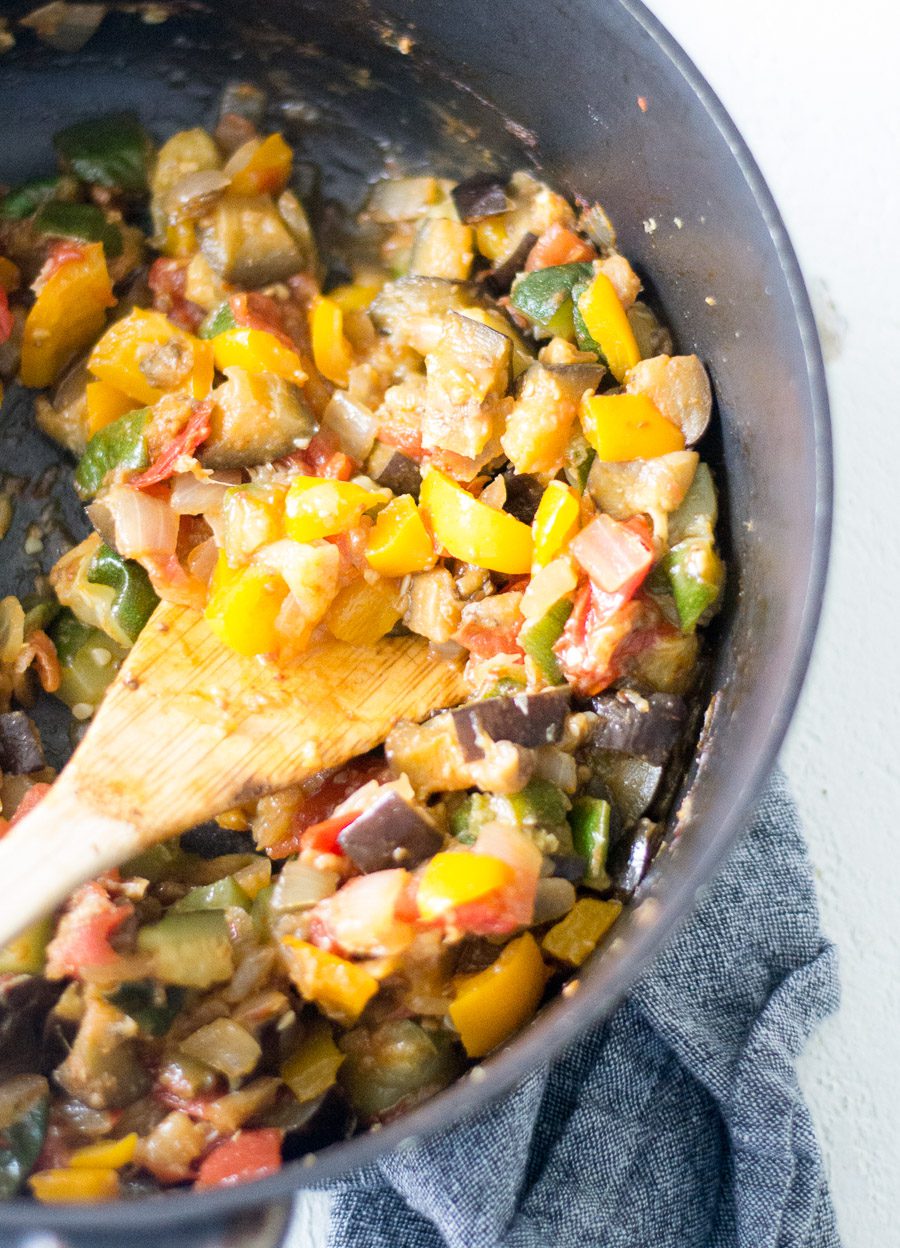 This simple one pot version is also very easy and delightful.

First thing’s first is you have to cook down all the vegetables until they become golden and super tender.

It is ok if the tomatoes and some of the eggplant sort of mush together and become jammy.

That makes for a great stuffing that will stay in the shells a lot easier. 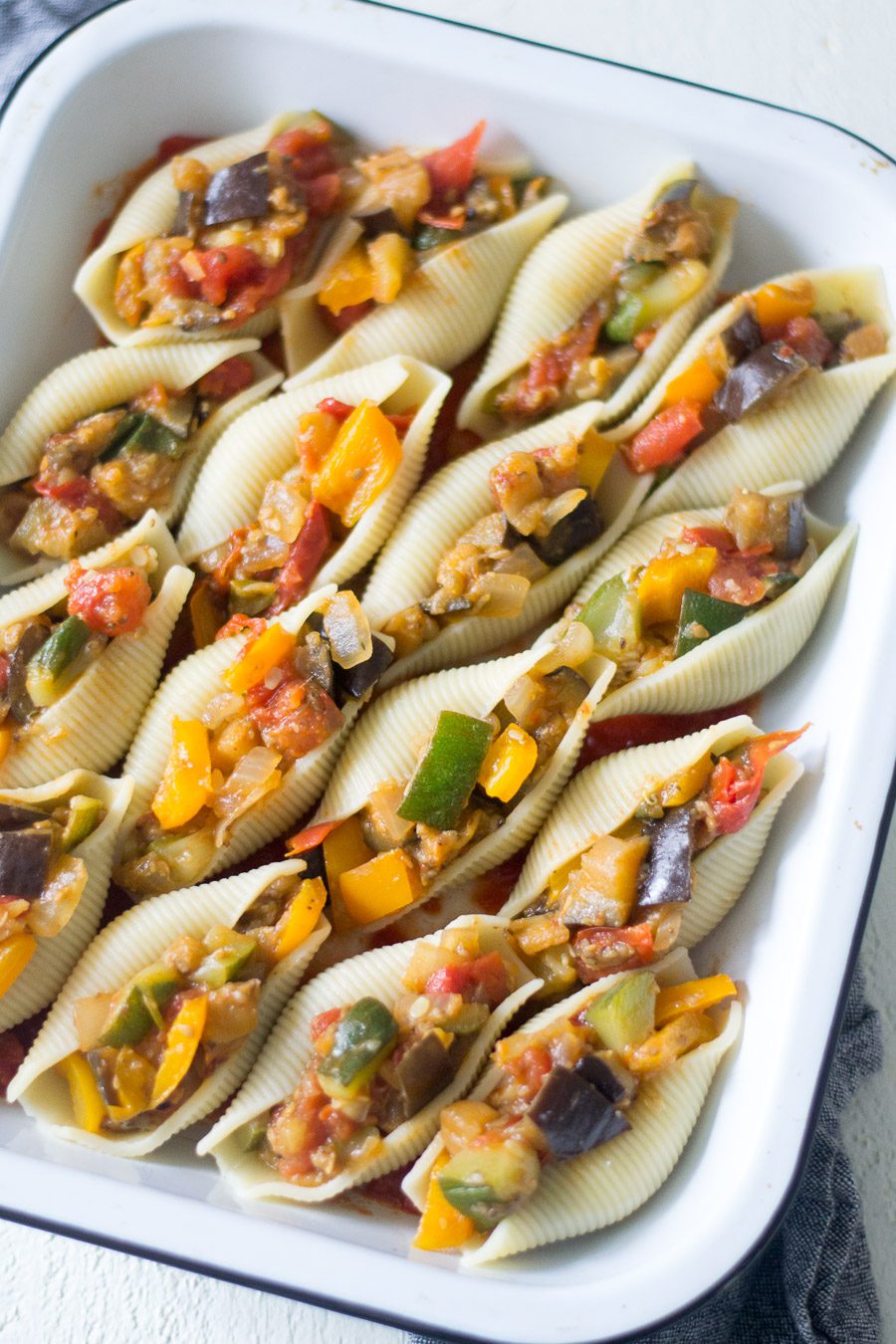 There is zero cheese in the stuffing. It is just vegetables seasoned with garlic, salt, and crushed red pepper flakes for a little kick.

Pour your favorite jarred marinara, about a cup or so, into the bottom of the baking dish before adding the stuffed shells.

I topped the shells with  an 8 ounce ball of fresh mozzarella that I ripped into smaller chunks. 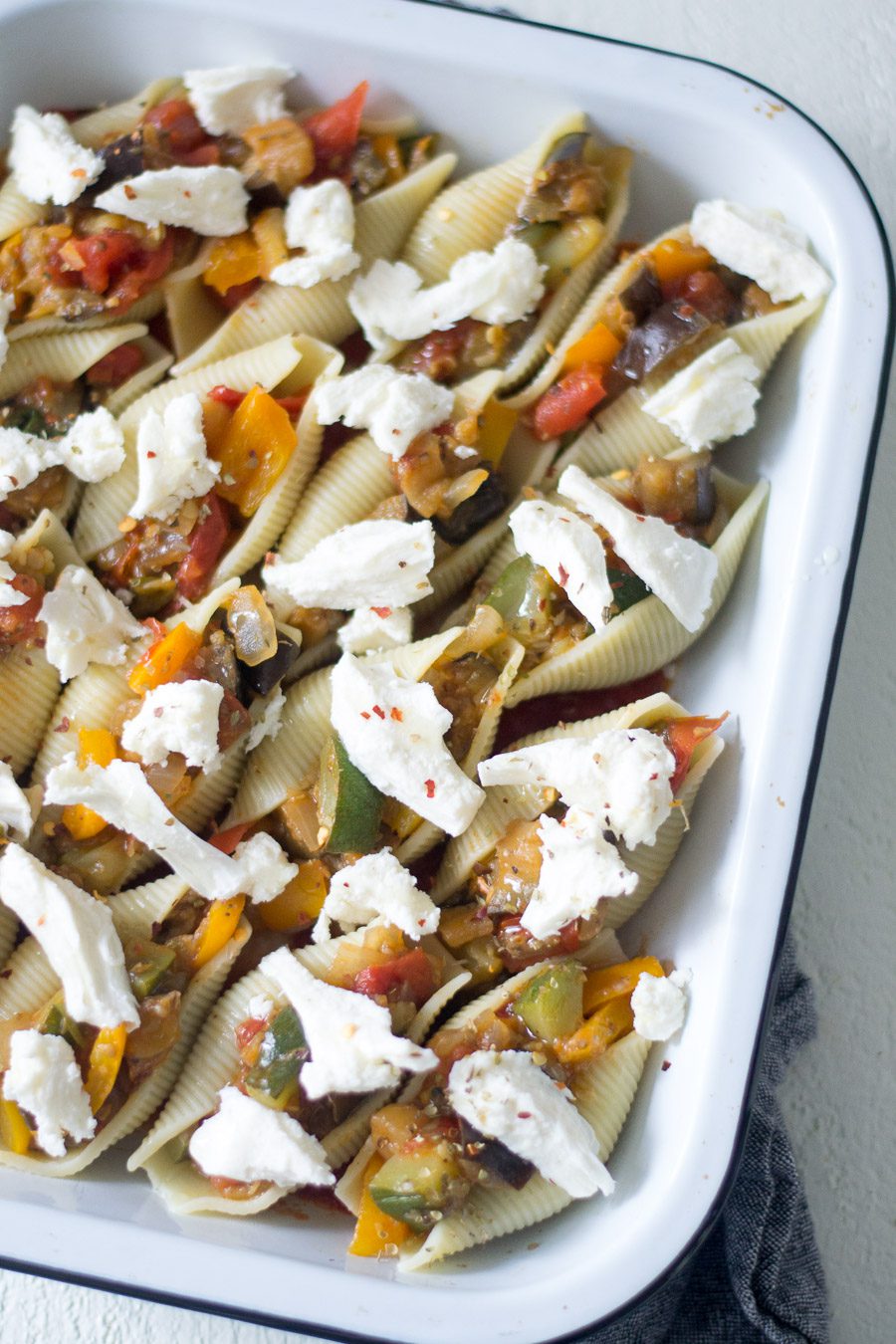 I have been on a cutting back on dairy kick lately. In my search for cheese alternatives, I found a cashew shredded cheese from Trader Joe’s that melts and tastes like a dream.

This dish can even be dairy free, see!

Cover with foil and bake until the cheese melts.

Remove the foil and continue to bake until the edges get crispy and golden. 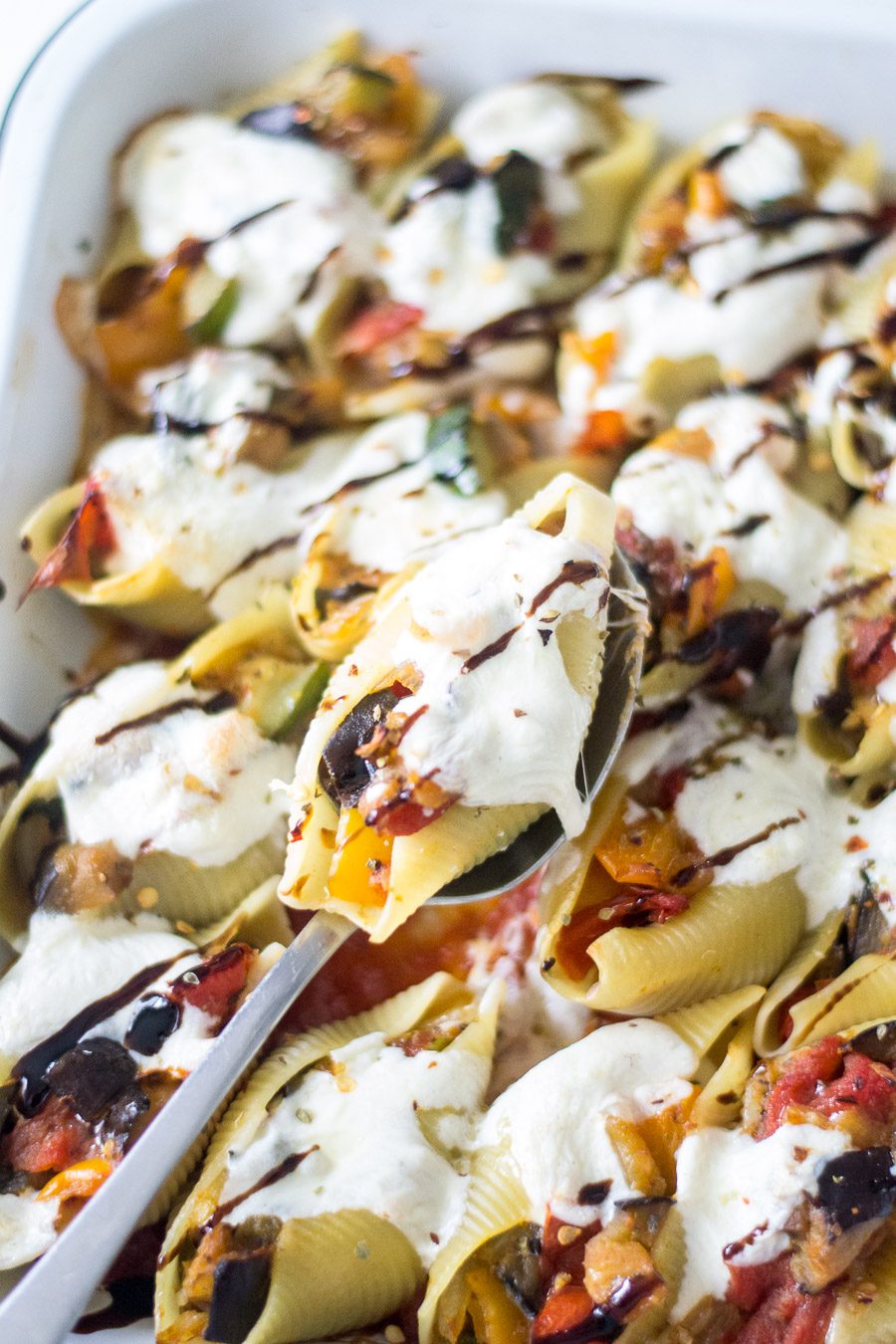 This dish would be a great replacement for a holiday typical dish like lasagna.

And it is even less work!

*You can also use your favorite dairy-free shredded cheese in place of the mozzarella for a vegan/dairy-free version. 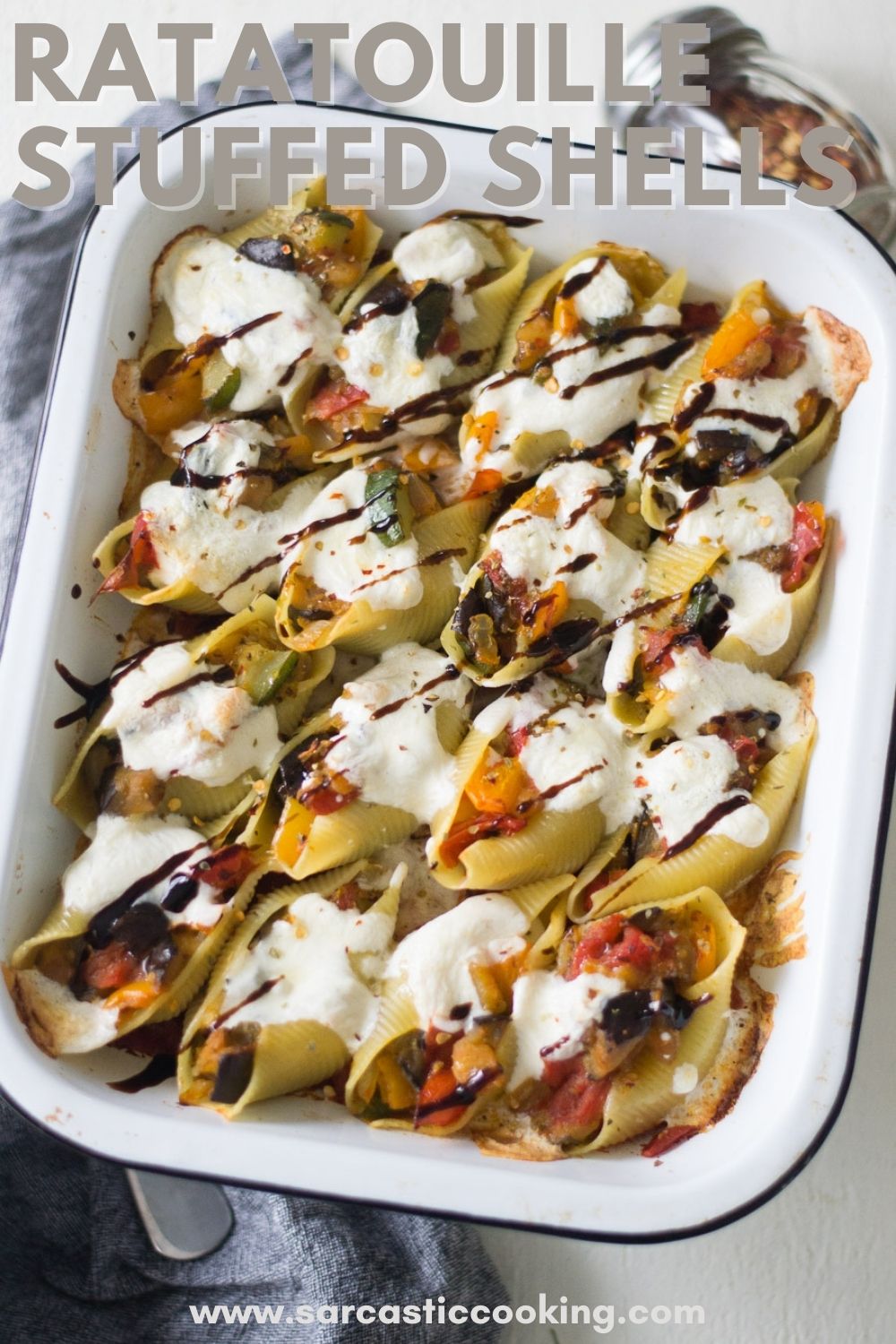 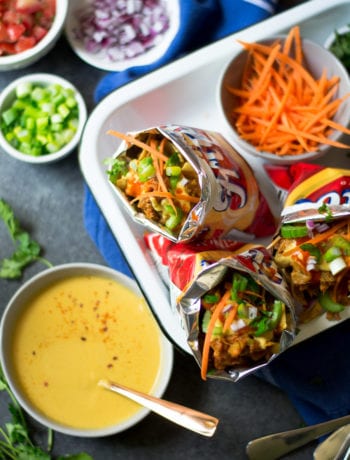 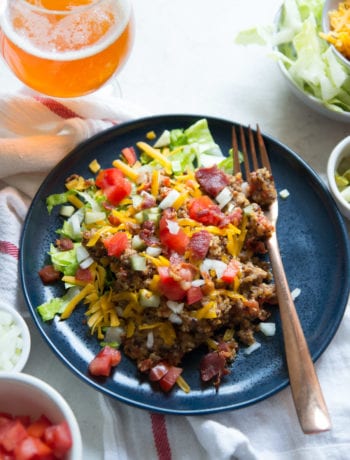